“The only thing I ever told that young man to do was sing ‘aeroplane’ instead of ‘airplane’ on ‘The Letter’— I was just tryin’ to make it flow better.”

END_OF_DOCUMENT_TOKEN_TO_BE_REPLACED

Sharing a language never guarantees understanding. Expectation is key. But it’s hard to know what to expect, when you work in a shop that sells a little of everything:

On Thursday, May 7, Tunisian-French artist eL Seed joined artist-publisher Don Karl at the Abu Dhabi International Book Fair to talk about his work in Calligraffiti: 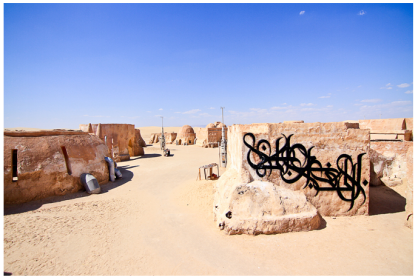 Photo by eL Seed. Star Wars project. “I will never be your son.”

Among all the painting work that eL Seed did in a recent tour around Tunis, Don Karl said, the most controversial piece had nothing to do with religious or political authorities. It was in the now-famous village of Tatouine.

“Because some Star Wars fans were not happy,” Don Karl said.

After traveling around the area, and discovering an ancient Roman city nearby, eL Seed said he grew frustrated with the “cultural heritage” status of the Star Wars set, which seemed to dwarf the status of all other — much older — heritage sites. He said he thought: “‘You know what, I’m going to go to the film set, and I’m just going to…

It’s British election time and the air is buzzing with political people. You learn a lot about the natural rhythms of the English language when you look at the names and nicknames that settle gently around the shoulders of our politicians. Rarely by their own choice.

Public names are chosen by the public. To please the public ear.

Once a politician begins to attract public attention, we behave like presumptuous grandparents, trying out different versions of the names their parents gave them. Aided and abetted by the media.

The difference between us and the grandparents is that we have the  melody of the politician’s full name (first name and surname too) on our minds.

Consider these political Edwards: Ed Miliband, Ted Heath and Ted Kennedy. Try swapping things around: Ed Kennedy or Ted Miliband.  Are they still easy and pleasing to say? Or does a helping of English T change the mouthfeel of a name, for good or ill? END_OF_DOCUMENT_TOKEN_TO_BE_REPLACED 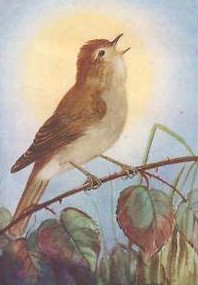